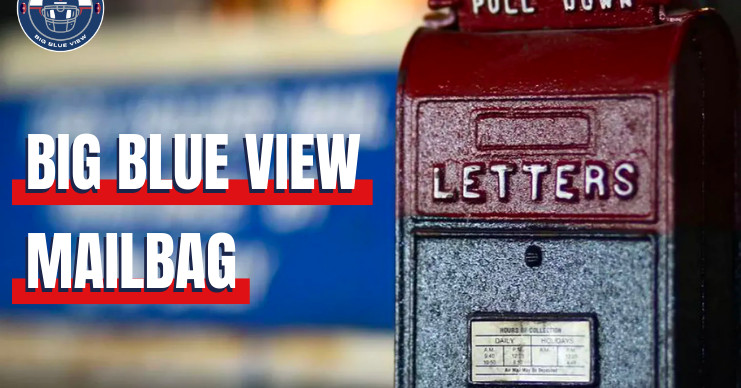 Before heading out for your summer Saturday fun, let’s open the Big Blue View mailbag and answer some New York Giants questions.

Jeff Marx asks: As always, I really enjoyed this week’s edition. I have a question for next week. It has been reported that Giants Justin Hilliard has been suspended for violating PED policy because of spironolactone. I understand that this type of substance is prohibited because it is a diuretic which can dilute urine samples. Justin said he took someone else’s medicine by mistake. My question is, if a player actually needs medication for health reasons, how does the league handle that? Are there any resources players can refer to that they, along with their doctors, can use to determine what medications they can take?

Ed says: Jeff, players have tons of information on what’s allowed and what’s not. They have plenty of resources, human and online, to know what they can and can’t take. The main thing for a player is that he is 100% responsible for what he puts into his body.

A player can turn to team doctors and coaches for information. He can turn to the Players Association, which has a comprehensive drug policy website for active gamers. Mistakes happen, and that’s what Hilliard claims, but a player should never say “I didn’t know what was in there” or “I didn’t know it was forbidden”.

Scott Petrone asks: The old adage “hope is forever” seems to fit the Giants now, so here’s my question.

Are the Giants better off now under Joe Schoen and Brian Daboll than they were under Dave Gettleman and Joe Judge.

I know they haven’t downplayed one but I’m curious and would like your opinion.

Ed says: Scott, I keep saying that I think it’s normal for Giants fans to be optimistic. Of course, you want to be optimistic things will get better with every new trainer or regimen, so this isn’t a news flash.

We have seen (too) many coaching changes in recent years. We have seen changes at GM. We’ve seen the Giants go from Eli Manning to Daniel Jones. We’ve seen free agency splurges. We haven’t seen enough wins.

Joe Judge arrived with guns blazing, impressing everyone in his introductory speech. He had a promising first year. Things fell apart in the second year with questions like his coaching style, his coaching staff, his relationship with Gettleman, his real desire to be a head coach, etc.

I feel better about Joe Schoen and Brian Daboll because this is the first time I feel like the Giants haven’t taken half measures or forced a decision-making duo into an arranged marriage to try. to turn things in the right direction.

Schoen seems to have a greater appreciation than Gettleman for positional value, for how the items on a roster fit together and for where the Giants stand as a franchise. Daboll is just a very different personality from Judge, which makes him more enjoyable to be around. I also think Daboll’s offensive background gives the Giants a better chance of succeeding on that side of the ball as well.

Matt Totaro asks: What should Daniel Jones do this year to get a Giants contract with QB going forward? Would he need to lead the team to the playoffs, rack up 4,000 yards, 30 touchdowns 15 OTs, be average? Or is it a foregone conclusion that Schoen and Daboll want to draft/sign their guy to be the QB next year? With DJ looking to make around $30-40 million, would that make him a lame duck this year? Gettleman was right about one thing – “You miss a quarterback, you probably hurt the franchise for five years. It is a mistake of five years.

As for what Jones needs to do, I don’t think you can put a number on it or quantify it with a “he needs to do this thing”. I don’t think it’s a number of yards, touchdowns, turnovers or wins. I think this is a situation where the organization will know if they see it or not. Is the offense going smoothly? Are they making the parts that need to be made? Do they look like they could move with Jones at the helm? Do they look held back by the quarterback’s play?

Do you have a question about the giants? Email it to [email protected] and it could be in our weekly mailbag.