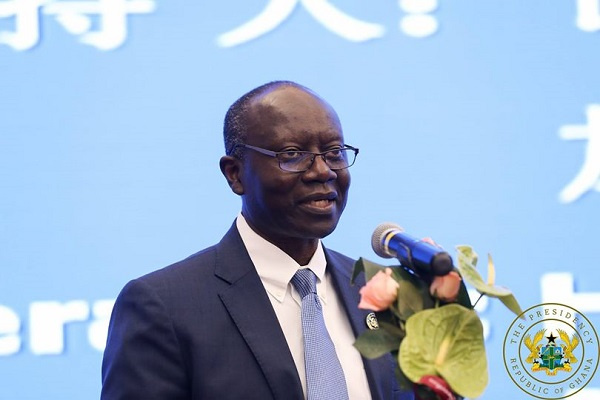 The traditional ruler of the Ga Kingdom, Boni Nii Tackie Adama Latse II, and the Ga Dzase have expressed their dissatisfaction with the determination of the government led by Akufo-Addo to approve the controversial “Agyapa Mineral Royalties Deal”.

It came on the back of the notice to reintroduce the deal in parliament after some revisions, following President Akufo-Addo’s directive to the Minister of Finance and the Attorney General to change the parts deemed to have “the potential to promote and facilitate suspicious activity”. commission of acts of corruption and corruption-related offenses and advice”.

The deal was first presented to parliament but faced resistance from the National Democratic Congress (NDC) caucus in parliament and some civil society organizations over corruption risks leading to its withdrawal after then-Special Prosecutor Martin Amidu subjected the documents to scrutiny.

Earlier in May 2022, Mr. Ken Ofori-Atta, the Minister of Finance, indicated during a program – the 2022 Annual General Meeting of the African Development Bank – that the agreement should be considered and submitted to Parliament for approval as it would help reduce the country’s debt. exposure.

According to him, the agreement is not whether the monetization of royalties or the listing of the company is good or bad. That’s good because that’s how you collect resources.

“The question is how to do that. If we have a problem with the process, let’s articulate it, fix it, but don’t drop something that would be good for us and reduce our debt exposure,” Mr. Ofori Atta said.

However, the Ga Mantse and the Ga Dzase, in their statement dated May 24, 2022, expressed regret that the government is determined to approve the deal.

“We wish to express our dissatisfaction with the decision to mortgage our mineral resources for the development of our people, to foreigners for a meager sum for years instead of considering and advancing what is in the best interest of the nation.

“Nii Ga and the Dzase trust that the government will reverse this decision in the best interests of our citizens, thereby preserving and protecting the benefits of the rest of our natural resources for generations yet to be born,” the statement signed by the Ga Dzasetse, Nii Yaote said Oto Ga II.