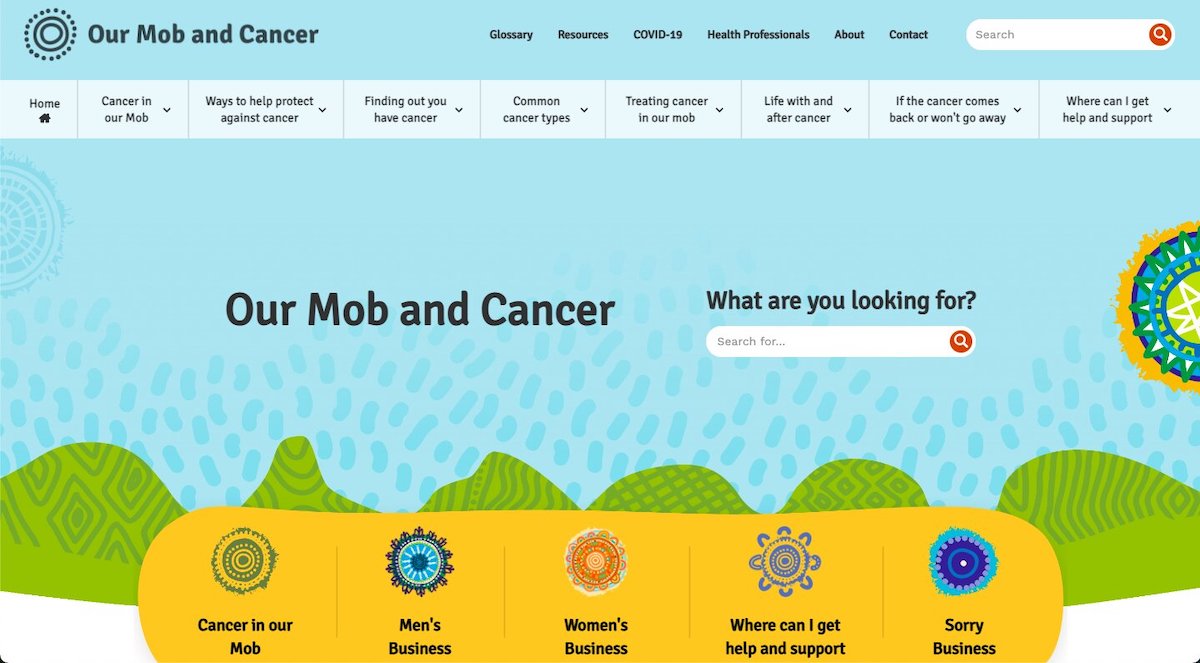 Overview: Online resources for cancer care and the launch of early diagnosis of dementia in Australia

A comprehensive cancer website developed by and for indigenous peoples has been launched in Australia.

The online portal called Our Mob and Cancer provides culturally safe support and information to patients, their families, communities and healthcare professionals.

It includes information on how cancer affects indigenous peoples; ways to protect against cancer; types of cancer, diagnosis, treatment and living with cancer; how cancer spreads; and where to get help and support.

“More culturally appropriate and safe information on prevention, early detection, testing, treatment and support can directly translate to better outcomes for Aboriginal and Torres Strait Islander people,” commented Deputy Minister of Indigenous Health and Senator Malarndirri McCarthy at the launch of the website.

Over the past decade, Aboriginal and Torres Strait Islander people were 1.4 times more likely to die of cancer than non-Aboriginal Australians. They also showed higher incidence rates and lower participation rates in population-based cancer screening programs.

A federally funded mobile app has been launched to support early diagnosis of dementia.

Called BrainTrack, the free mobile app allows users to monitor and better understand changes in their cognition over time.

Available on iOS and Android devices, the app also provides brain health insights through travel-themed games that have been adapted from validated cognitive tests.

Dementia Australia developed the app in collaboration with the Institute of Applied Artificial Intelligence and Deakin University. It is also supported by a research grant from the Medical Research Future Fund – Dementia, Aging and Aged Care initiative.

Miscarriage Australia is setting up a website that provides evidence-based information and research for people affected by miscarriage.

According to a press release, the online site is being developed following research that found people wanted a single source of authoritative miscarriage information and resources.

The web portal will include information on symptoms, frequency and causes of miscarriage; future preparation for pregnancy; current research on miscarriage; and how to deal with grief and how to support those affected by miscarriage.

Currently in the initial stages of development, the website is also expected to have resources catering to the needs of male partners and LGBTIQA+ couples.

The website will launch on October 15 – International Pregnancy and Infant Loss Awareness Day.

Shaun Drummond officially takes over as CEO of Queensland Health

He was also the former COO of the department.

“Mr Drummond has a deep understanding of Queensland’s current health reform agenda and has well-established networks and system credibility in Queensland,” she said.

“Mr. Drummond has a proven ability to lead in complex and challenging environments and has a clear vision for the department. He brings with him experience, contemporary health services leadership and a genuine investment in leading public health reform to achieve the best possible outcomes for Queenslanders,” said the Minister of Ath.