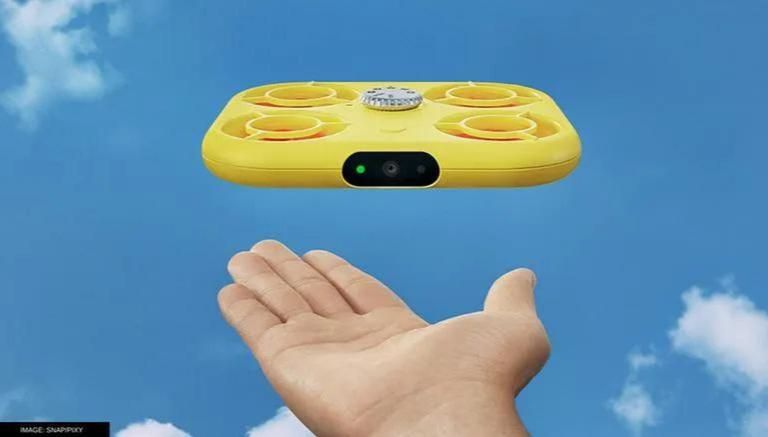 Snap, the company behind the popular photo and video sharing platform, has decided to halt development and allocate resources to the Pixy drone. According to a report from The Wall Street Journal, Snapchat is ending development related to its latest product, the Snap Pixy wearable drone. Evan Spiegel, Snap’s CEO, recently told employees during a series of Q&As that the company will be reprioritizing and discontinuing new iterations of the Snap Pixy drone.

It is important to mention that it has only been four months since the launch of the product. Although Snap intends to sell the current version of the Pixy drone in limited quantities, it has halted research and development on the product for now.

According to the report, the drone is still available for purchase on the original platforms. Nevertheless, the Snap Pixy drone was not launched in India at the time of its global debut and from the start, Spigel had planned to sell it in limited quantities.

The Snapchat Pixy is a portable flying camera

In a nutshell, Snap Pixy is a portable flying camera that allows users to create Snaps from a new angle. With the help of Pixy, users can capture creative third-person photography and video graphics while the flying camera hovers near the user and records footage. Snap’s Pixy can hover, orbit, and track the user without the need for a controller or additional gear like a controller. Once users are done creating memories, Pixy lands in the palm of their hands.

Snap mentions that Pixy will be available in the US and France for $299.99 while supplies last. However, on the webpage designed to purchase the item, the flying camera itself is listed for $229.99. Additionally, those who want to get it with a dual battery charger and two batteries should purchase the Pixy Flight Pack which is listed at $249.99. It is important to note that the dual battery charger costs $49.99 separately and a single battery costs $19.99.