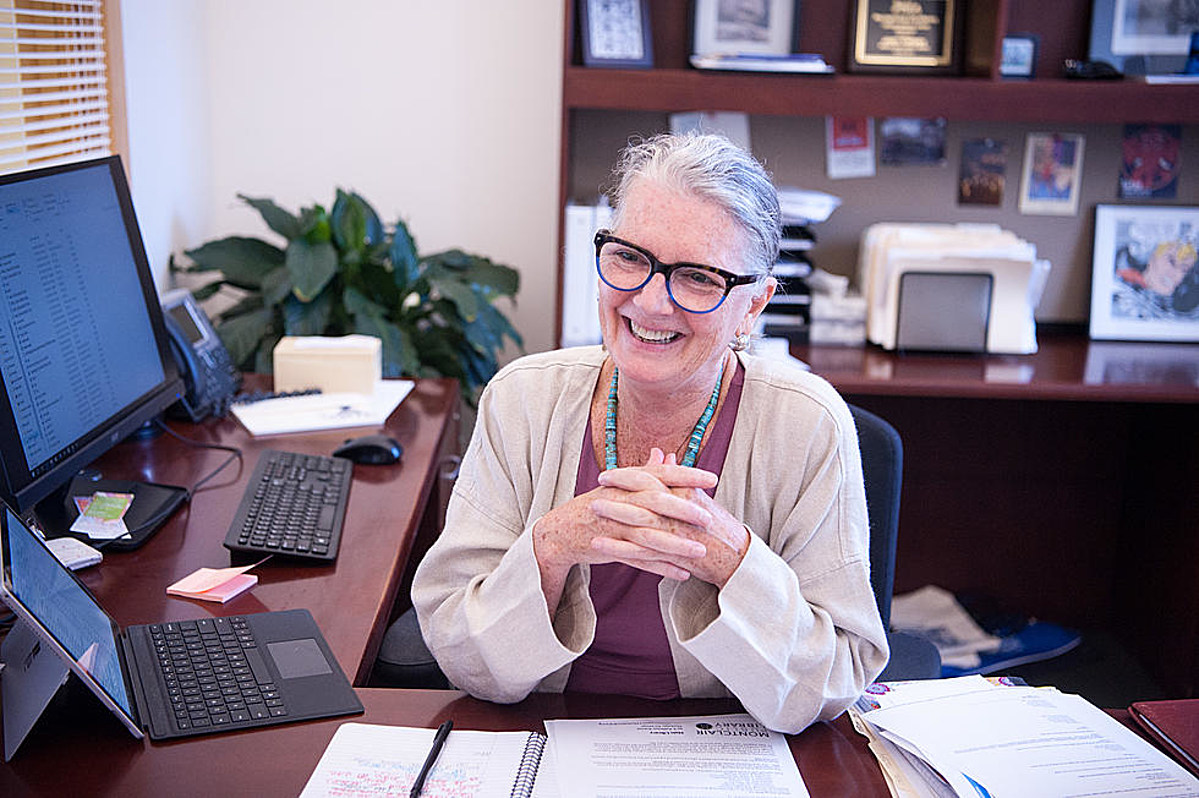 When Janet Torsney officially became director of the Montclair Public Library in August, she was taking charge of an institution she already knew well.

She had served as acting director for about five months after the previous director, Peter Coyl, resigned to take a job in Sacramento, Calif.

From 2017 to 2018, she was assistant director at the library. And in 2007, while Torsney was working on her master’s degree in library science at Rutgers University, she chose Montclair as her internship location.

Although she took a little career detour into the field of communications, she says she is overwhelmed with emotions now that her career as a librarian has come full circle.

“It’s so awesome,” Torsney said of the Montclair Public Library. “I love it. And it was also my childhood library.

And we came back to raise our kids in Montclair, so it was their first library. So I have all these feelings. I must say that I am just dedicated to the library.

As a native of Montclair, Torsney hopes to make the library even better than it was when she was growing up. In September, which was library card month, she went out of her way to encourage people in the community to use the resources their tax dollars go to.

In September, the library offered “Library Card Bingo” to help educate people about the benefits of having a library card. Throughout the month, library card holders could fill out a card containing different library resources and activities. For example, say hello to a library staff member, check out something other than a book, and browse free library museum passes. People who completed 12 of the 16 prompts could be entered into a draw for a prize.

Primarily, Torsney wants to emphasize the importance of libraries and the variety of free resources for the community. Residents can get free museum passes, rent computers and tablets, and access free notary services.

The library also has an adult school where residents can take courses in areas such as arts and crafts; books, theater and cinema; career development; computers and technology; finance; aptitude; health and wellbeing; Home and garden; languages; history and culture; music; personal growth; and writing. Registration is available online at librarymontclair.org.

Starting this year, Torsney said she hopes to create a strategic plan to engage more Montclairians in the public library. She hopes to create a space where interest groups can form and where the library can help these groups get the resources they need. For example, the library could provide a platform for people interested in solar energy and help share information on how to bring more solar energy to the community. .

After working in libraries for nearly 15 years, Torsney said she knows the backbone of these institutions are the people and she is excited to speak with members of the community to learn how the library can continue to better serve them. to serve.

“My main focus right now is that I want to reach out to everyone in the community and make sure they know they’re welcome.” Torney said.

As she assumes her role as principal, Torsney reminds herself daily that her time at the Montclair Public Library was intentional. Coming back from lunch one day, she saw a message from over 30 years ago from a familiar name.

“I saw one of these stones in front of the library, and it said, ‘No matter where you go, there you are,'” she said. “And it was from my father. Maybe he knew.